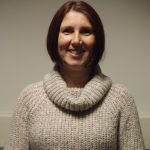 I was fortunate to be appointed as parent governor at Frederick Gents in 2018 shortly after my eldest daughter began in year 7. I have lived in South Normanton for 16 years and throughout this time have been involved in the community in various ways.

I joined the governing body at a fairly turbulent time. Frederick Gents had not long become an academy, and the school was in the middle of a period of significant change.  I am very proud of the journey the school has taken so far, and am pleased to be able to play my part in this continuing process, by supporting the school community, and bringing forward the parent and community view when needed.

I am link governor for careers and hold regular meetings with the careers lead in school. This is an area of particular interest to me, and one which I feel is very important to help raise the aspirations of our students, and assist them in achieving their dreams.

Frederick Gent has always been a friendly and welcoming place for me, one where both staff and students are courteous, polite and hard working. I feel great pride in the achievements I have seen over the last 18 months, and look forward to supporting the school to further grow and develop in the future. 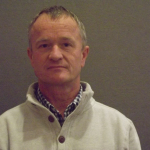 I am proud to say I am one of the longest serving members of Frederick Gents current board of governors. I still do this because I find it very rewarding for many reasons.

I was inspired to become a governor having attended a parents meeting and saw the passion both teachers and governors had for the school .They were, as now, striving to do their very best for the children at the school. I wanted to be part of that and help where I could.

Being a governor is not rubber stamping school management decisions as some often think. It is contributing to the school direction, supporting leaders and other staff but also holding them to account where needed. It is a very fulfilling position to hold. 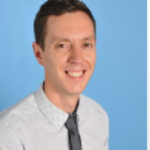 I started my role as a staff governor during the 2019/20 academic year. I have worked at Frederick Gent School for the past 10 years following a time as a youth worker in the South Normanton area. I am proud to work at Frederick Gent School and love being a governor. I am passionate about continuing to help this school support its students, staff and the local community. 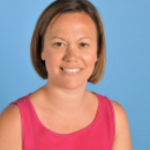 I was appointed staff governor in January 2020 and I have worked at Frederick Gent School now for five years as the Data and Information Manager and previously worked at Kirk Hallam School for seven years.

I am a mum of two children, one who has just completed yr11 at Frederick Gent School. I moved back to South Normanton 15 years ago to be closer to family, and have never looked back. My children have blossomed and love being part of a community. Frederick Gent School has helped shape her my eldest into a young adult ready to go out into the big wide world.

As a staff governor I am there to support the leadership team and the staff to make our school a great place for the students to learn and reach their true potential. I truly think that Frederick Gent School has improved dramatically and provides a wonderful experience for students. 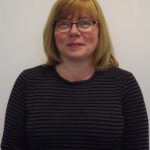 I have been a Parent Governor since 2019.  A lifelong resident of South Normanton, and a former pupil of Frederick Gent School myself, I have two children – one who has also attended the school and one a current pupil.  I am now happy to be able to support the school, staff and pupils in my role as Link Governor for GDPR.  I enjoy being part of the School’s Governing Body, and proud to work alongside such an experienced team.  I am keen to ensure that the school continues to raise standards, and for each child to be able to reach their full potential, and receive a good standard of education in a safe and enjoyable environment. 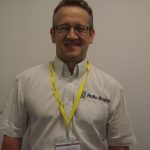 I have lived in the local area all my life and moved to South Normanton about 18 years ago. I have two children, one at Fredrick Gents and the other at the Glebe Junior School. I work for a large local engineering company and have held many positions from Design Engineer to Group leader. This profession has given me the skills to work as part of the governance team.

Within my job I have a passion for science and engineering and look forward to working with the governing body and the senior leadership team to promote the schools links with engineering and the children’s interest in Science Technology Engineering Maths (STEM). As part of the co-opted role I have taken on the role of link governor for Health and Safety.

Freddie’s are fortunate to have a group of dedicated and committed governors and I enjoy working with them to make a difference for the children. 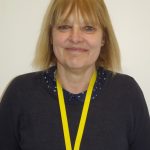 I have been a governor at FGS for about 18 months. I enjoy the work- the various meetings, and getting to know the staff and students of the school.

I have worked in education most of my life, as a teacher and as a senior leader, so I flatter myself I can spot a good school when I see it. For me it is a great privilege to support such a committed group of people doing their absolute best for the children and the community.

My name is Abbie O’Brien and I have been a Co-Opted Governor since December 2018.

I have worked for local authorities for the last twenty years supporting children, young people and their families.  This experience has given me a good understanding of the strengths and challenges that young people face both in and out of education.  I have a particular interest in supporting and encouraging vulnerable students to achieve their potential.

Outside of work I enjoy musical theatre, running and spending time with my family.

Below is the list of governors including summary information and former members who did or did not complete the 4-year term of office, is available.